On 11th February 2015 was held in Madrid the First European Workshop against Environmental Crime which brings together members of the European Network Against Environmental Crime (ENEC). The event, organized by SEO/BirdLife, was focused on improving the prosecution of environmental crimes in Europe, including crimes against wildlife and especially illegal killing and taking of birds. In total, the workshop brought together 35 experts from 18 European Members States (most of them members of BirdLife) as well as representatives of the Convention on Migratory Species (CMS), the project «European Union Action to Fight Environmental Crime» (EFFACE) and the Spanish Ministry of Agriculture, Food and Environment.

During the workshop in Madrid it was discussed on the implementation in the different member state of the EU Directive 2008/99/EC on the protection of the environment through criminal law. This Directive has been fundamental for the recognition of the seriousness of certain actions on the environment and the establishment of penalties in the different EU countries providing protection against illegal killing and taking of birds. Furthermore, since not all countries provide the same penalties for identical offenses, one of the points discusses during the workshop was to review the homogeneity of sanctions in the EU, the legitimacy of NGOs to bring cases to court, the need for training and awareness legal professionals about the severity of environmental crimes or the importance of the Birds and Habitats Directives in defence of species and spaces.

ENEC members met in Madrid adopted a series of legal recommendations to eliminate illegal killing and taking of birds. This document agreed proposed a series of action to improve the implementation and enforcement of European Union and national laws in relation to that type of crimes. The main lines of action are the following:

For each of these lines of action a series of actions is proposed for their development (more information in the complete document attached).

The II European Workshop on Environmental Crime focused on illegal poisoning of wildlife, was held in Barcelona on 6 November 2015 at the Natural History Museum of Barcelona.

The workshop was attended by 31 people, with representation from 22 Member States, and representation from the CMS; BirdLife International and BirdLife Europe partners; EnviCrimeNet; European Commission (DG Environment); EUFJE; ENPE; EFFACE; FACE; and the Spanish association of environmental officers (AEAFMA). 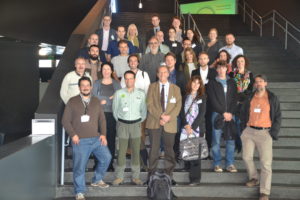 The Workshop dealt with the discussion of a working paper which drafted the main legal recommendations to combat illegal poisoning of wildlife. The paper addressed this problem from the perspective of criminal law, to make recommendations to implement an EU Action Plan to tackle illegal wildlife poisoning throughout the EU. The main conclusions of this paper and the results of the workshop were discussed and agreed by the participants and are described in the published proposal of an EU Action Plan.

The event achieved its goal of serving to exchange best practice among legal and other technical practitioners who work for the partners of BirdLife Europe, to increase the mutual understanding of EU legislation, to make proposals to harmonize and improve the application of Directive 2008/99/EC in relation to illegal poisoning of wildlife and contribute to the implementation of CMS Guidelines for tackling illegal wildlife poisoning and to improve the knowledge of criminal justice systems in the EU regarding wildlife crimes.

The Action Plan proposes a series of measures to eradicate the use of poisoned-baits in the EU. These are the objectives (the document includes a series of actions for its implementation):

2) Increase prevention, deterrence and monitoring of cases of poisoning of wildlife in the countryside.

3) Increase efficiency in the pursuit of illegal use of poison, according to the provisions of the EU legislation and the national criminal laws of each Member State.

5) Coordination of the various stakeholders involved are also addressed in the document.

The proposal of a EU Action Plan to combat illegal poisoning of wildlife has been included in the EU Roadmap towards eliminating illegal killing, trapping and trade of birds (under action 15) and it is one of the main contents of the motion “Combating the illegal poisoning of wildlife” accepted for its discussion and adoption at the next IUCN World Conservation Congress (Hawaii, 2016).

A proposal for a EU Action Plan to prevent illegal poisoning of wildlife. November 2015

The III European Workshop on Environmental Crime focused on habitat destruction, was held in Edinburgh on 26 February 2016, at the Edinburgh Park Novotel conference centre. 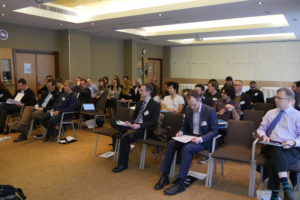 The Workshop dealt with a structured discussion around a questionnaire distributed to participants and workplan to develop recommendations to identify key issues for habitat destruction across the EU and actions to address habitat destruction from the perspective of criminal law.

The event achieved its goal of serving to exchange best practice among legal and other technical practitioners who work for the partners of BirdLife Europe and other organizations.

The main recommendations to tackle habitat destruction agreed by the attendees were the following:

3) Investment in monitoring and enforcement

4) Focus on the prevention rather than treatment of habitat damage